Australia is the smallest continent in the world. The southeastern part of Australia is the most populated and the most developed corner. But what is in the center, in the west, in the north? The wild land is. The tropical forests are in the east. The desert occupies the central and the western part. The swamps are in the north.
Australia is a land of the most unusual animals. How has it happened? Long time ago the continent called Pangaea divided into six parts. The part with all striking animals was situated in the southern hemisphere. And long afterword it was called Australia. Now I am going to tell you about wild Australia. 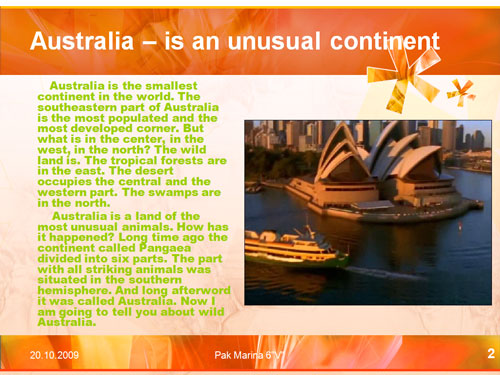 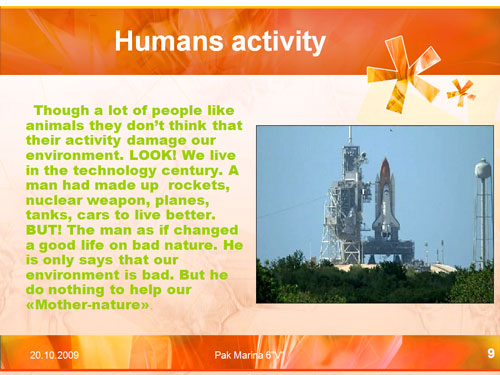 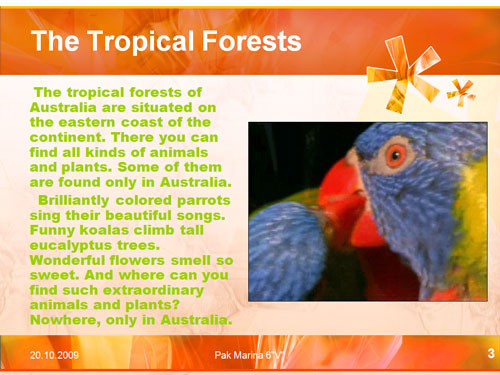